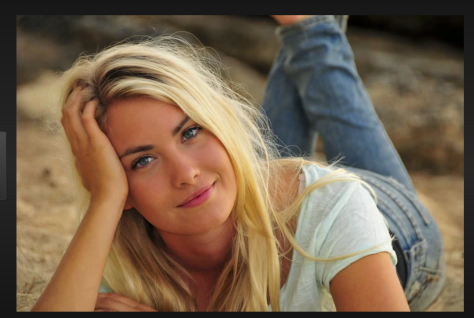 I guess any trip isn’t really over until after you unpack your suitcase, and I just unpacked mine.

Now that I’m back in my own bed, or was, until a few minutes ago, my experience of the last ten days is all starting to seem like some kind of strange dream. Not an especially bad dream, exactly. But a dream nevertheless, and a dream that I knew, even as I was having it, was a dream from which I would eventually awaken.

And in a little over a week, I did.

Prior to our trip to Denmark, I ran through my usual laundry list of depressing thoughts. The same ones that I experience every time we go anywhere on an airplane. I imagined being killed in a terrorist attack before we even left the airport or once airborne, sitting helplessly, strapped in my seat, as the plane carrying my family crashed into the sea.

“It’s safer than driving”, my wife explained to me, when I confessed to her of my growing sense of dread a day or two before leaving New Jersey.

She had a good point. Anyone who has ever been a passenger in a car driven by my wife could appreciate the wisdom of her statement.

As we boarded the flight, and I squeezed my overweight and uncontrollably aging corpulence into my seat, I felt somewhat relieved just thinking about her previous comment.

My wife and children  accompanied me on this trip– or maybe I accompanied them. At this stage of my life, I can never be too sure who is with whom.

After seven hours or so, the plane touched down and rolled to a stop. We claimed our bags and went through security without incident.

Glancing absentmindedly out the window of the taxi at some of the older buildings, many of which have ivy-covered walls and red tile roofs, I started to imagine myself in a movie about World War Two and I half-expected to see an occupying German soldiers around every corner.

In fact, everything seemed a little strange until the taxi from the airport pulled up at our destination and let us out at Tom Christensen’s Vej. A man in a light green shirt eating a banana exits the building just as our cab pulls up. I think to myself, “That must be Tom.”

The apartment in which we are staying is located on the top floor of an elongated seven-story structure and is reached by taking the small stainless steel elevator in the lobby or by climbing some white stone steps in the brightly-lit and graffiti-free sky-lit stairway. My sons take the elevator and my wife and I take the stairs. From then on, I always take the elevator and my wife walks down fourteen sets of  stairs. It annoys the children, but I like waiting on her, as it gives me an excuse to greet her warmly after being reunited after even so brief an absence.

The weather is near perfect. Lots of light and sky. The sun comes up a little after four in the morning and it is light out until about ten-thirty at night. The area in which our apartment building is located– and indeed our apartment building itself– seems to be undergoing some kind of major architectural re-design. Within a day or two of our arrival I see something move where before there was just light and air. It’s a steel pipe. A workman suddenly appears outside the balcony where the previous evening there had been only a precipitous drop. He is in the process of building a scaffolding on the rear of the building.

I sit in my underwear drinking my morning  coffee and peeling an orange. I try not to establish eye contact with the young man who is busily building a platform outside the window out of boards. I look up. He smiles at me briefly. Can’t say the people here aren’t friendly.

There are many large industrial-looking buildings under construction in our general area and pipes and large sections of uprooted chunks of asphalt are piled here and there. I toy with the idea of making art out of them in the middle of the empty parking lot, but then realize someone might arrest me.

It was how I always imagined life must be in the Soviet Union, even though we were in Scandinavia. Anywhere outside the United States might as well be Russia to me.

It isn’t as if the apartment buildings and other architectural structures designed for the inhabitants of this particular region of the world remind me of prisons, exactly.

The clean, modern straight lines of the structures I began seeing all around me seemed to have a decided emphasis on function and not ornate decoration. The more time one spends in this type of an environment, though, the more one starts to admire and appreciate the simple beauty and functionality of its design. Someone over there knows exactly what they’re doing design-wise. The whole impression is one of sublimation to the importance of, and in quiet service to people.

People are riding bicycles everywhere. There are wide lanes set apart from the main roads in which a good many people of all ages are bicycling here and there at a brisk pace, but not recklessly so. Little bells sit atop every set of handlebars and tinkle with a lovely frequency as the faster ones pass the slower ones. Turns are signaled with a casual outstretched arm. No one, even the people in the cars and trucks, seems to be in a particular rush to get wherever they are going. And there is no honking of horns as one might expect in a busy city. That would be impolite.

Some cyclists don’t even bother with so little as a casual glance over their shoulder before cutting across a busy street where numerous small, modern cars could easily hit or run over and kill them. That would be even more impolite. And the Danes are a polite people who tolerate strangers in their midst.

And I felt strange.

The bicycles waiting for people to ride them are grouped in racks or abandoned haphazardly in small parking lots or leaning unlocked against fences. Some have toppled over and you have to step around them. I pick several up and place them back on their kickstands. “Once a marine, always a marine”. But in my case, once a boy scout, always a boy scout.

The only variable in the entire physical environment seems to be the Danes themselves. And here, it can be said that there is a surprising similarity in the beauty of their anthropomorphic physical design. I can start to understand to a certain degree why some of these people from this region of the world might have gotten the idea that they were superior to all the rest of us. Each person I see (with the exception of my own family, of course) seems to be better-looking and in better physical condition than the individual I just saw a moment or two before.

It’s amazing. I play this game silently with myself for about three minutes until I get too depressed to go on.

Denmark is a socialist democracy, but there are no large photographs or paintings of Bernie Sanders anywhere to be seen.

We went out for lunch and I asked the young man who was our waiter if he was a college student. He said, “No, I graduated from college already.”

Later, I asked him, what was the custom regarding tipping. He told me that he was paid well enough that he did not need to be tipped. I took another sip of my Tuborg and looked around. People were continuing to walk the streets as if everything was normal.

Everywhere we went the people I saw and interacted with seemed under less stress and were calmly and quietly going about their lives. They regard me as if I am invisible. I check my reflection in a store window as I walk down the street just to make sure I am still there.

Someone told me the Danes are the happiest people in the world.

Suddenly, I think I know why.

They are not out of work– or struggling to find a decent job just to make ends meet or to pay for college for themselves or their children–or to pay medical bills or their real estate taxes–and their existence and self-worth are not predicated upon how much or how little money they are making.

I kind of wish the US was more like Denmark in that regard.

I don’t know if the Danes are the happiest people in the world, or not, but they seem happy enough to me.