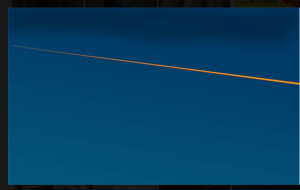 After nearly sixty straight days of getting up before dawn, seemingly endless repetitions of physical exercise consisting of jumping and thrusting, running everywhere, long marches in full field gear down dusty roads, pulling myself up and over vertical walls with a knotted rope, firing thousands of rounds of ammunition from all kinds of weapons, doing hundreds of pushups every day, and yelling and screaming everything at everybody at the top of my lungs– there was still one last major obstacle to be overcome:

Crawling 100 yards in the dark, through the Georgia mud, in full field gear, while cradling one’s rifle in one’s elbows.

We formed up into columns at one end of the obstacle course– and at the appropriate time, we were to drop to our knees, then flop onto our bellies. Our M-14 rifles would ride on the tops of our elbows. In this way, we would crawl steadily along, following the boots of the man in front of us– all the way to the other end.

Seemed simple enough, except that we would be crawling under a barbed wire canopy suspended thirty inches off the ground, while a machine gun fired live ammunition—tracers– over our heads.

I was in the last group to go.

On the order from our sergeant, my row dropped down and we all began to crawl.

All went well at first.

It was light enough that I could almost see the two guys on either side of me.

I could hear the grunting of the guy in front of me and once or twice my hands accidentally bumped into his boots.

After three or four intense minutes of crawling, I thought I could still make out someone off to my left, although it was hard to hear the grunting and slopping sounds of the others through the mud over the machine gun fire, which was now somewhat louder as we had progressed perhaps thirty of forty yards.

One couldn’t help notice the orange flare of the tracers streaking overhead.

Each machine gun bullet made a distinct cracking sound as it broke the sound barrier.

Determined not to die after all the training I had already been through, I gritted my teeth, adjusted the chin strap of my steel pot and resting my M-14 on the tops of my elbows, tried very hard to get “lower than whaleshit.”

After another couple of minutes, all I could think about was those tracers overhead and all I could hear was the increasingly loud rat-tat-tatting of the machine gun as I inched closer and closer toward it. I felt like I was in one of those war movies I had seen as a kid.

At this point, I was doing more looking up and listening than I was crawling.

It had been a long time since I was aware of anyone else still crawling next to me. The firing seemed to diminish somewhat and then stopped abruptly.

A searchlight switched on and began combing back and forth across the mud.

I made a few more yards in the mud and tried to avoid being seen. Then a voice on a loudspeaker asked if there was “ANYONE STILL OUT THERE….”

I knew they were talking about me.

I didn’t exactly feel like shouting, “YES!—I am still out here. I am the last one! Please don’t shoot!” and so I made a concerted effort to quickly crawl the remaining fifteen or twenty yards– and to my great relief the barbed wire canopy ended, and I was able to struggle to my feet and rejoin the others.

Mercifully, it was so dark that no one could see the look of embarrassment and humiliation on my face.