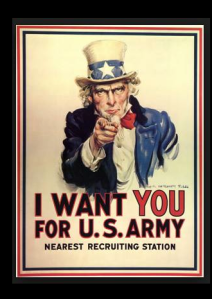 It was late February, and the sky, a cold grey, matched my mood.
The barracks was heated by burning big lumps of black anthracite coal and the burned cinders and ash drifted down like ugly black germs, covering each shaved head, as well as row upon row of dull wooden buildings.
As I plodded along, amid all the other joyless inductees, I kept reminding myself that I was just in the army, and not in some prison or concentration camp. I spent the first week learning how to keep my mouth shut, stand up straight, make my own bed, and march places with others, as a unit.
We took a series of written tests, which, I imagine, were designed to help somebody, somewhere, decide what to do with us once we finished basic training.
I was 19 years old, six feet tall and weighed 143 pounds. All my life, I had been what was known as a “picky eater”, but because the United States was now involved in a war in Southeast Asia, and because I assumed I was going to go and help fight it, I decided that I’d better eat whatever food the army placed in front of me, whether I liked it or not.
Mostly I didn’t like it, but what really strengthened my resolve was that one of the first things I learned was that the Vietnamese were very skilled in hand-to-hand combat. And from a very early age!
I knew I would have no chance against an enemy like that.
I figured I might as well try to become as big and strong as I possibly could, as that might make me a little harder to kill. I assumed I would be killed.
Having always been on the losing side of every childhood fight, I had no reason to doubt that this pattern would not continue. Only this time, it would be worse–much worse—my opponent wouldn’t stop, just because I started crying.
After a week at the induction station, we got our orders for basic training. Spiffy in our dress greens, we boarded the Greyhound to Fort Stewart, Georgia, near Hinesville. I was cheered by the prospect of being stationed only 39 miles from my hometown–and as the bus rolled past Savannah, my spirits began to lift as I caught fleeting glimpses of familiar sights along Highway 17, places I had passed many times on trips, with my Dad, on the road to Florida, to visit my grandmother. The Plantation Inn, The Horn of Plenty, Charlie’s Rendevoux Lounge, even the little one-pump Comet gas station, where my Dad always bought gas before the trip, were all still there, just as they had been before my ass belonged to Uncle Sam.
We arrived at Fort Stewart shortly before noon, and as our bus rolled to a stop, we stood up, grabbed our hats and our big duffel bags by their canvas straps, and shuffled to the door.
Then one, by one each, we stepped out into the crisp, clear Georgia air to the rousing sounds of tubas, trombones, trumpets, drums and piccolos. We were met by a brass band!

My enjoyment was diminished somewhat when I overheard someone in the band say the reason they were playing was that they thought that Cassius Clay was supposed to be on our bus. But, still, compared to what I had experienced at the induction station at Fort Jackson, it was a glorious welcome.

We drew sheets and blankets and were marched to our billets. Our platoon leader was Sergeant Allen, a fine specimen of a man, always in a steel helmet with the sides of his head shaven. He wore a red silk ascot around his neck. He reminded me of the actor, Paul Newman, and always responded to everything we said in a sing-song voice. He began by informing us that we were now in “this man’s army”. HIS army.

For the next eight weeks whenever he asked us, “Do I make myself perfectly clear….?” Even if we had no idea what he said or meant, which was a good deal of the time, we always responded, “Yes, Sergeant!”, to which he would invariably reply, in a slightly elevated tone this time, “I can’t HEAR you….”, to which, in unison, we would also reply in a somewhat louder voice, “YES, Sergeant!!” To which he would always reply in a loud commanding voice, “I STILL can’t hear you!” To which we would then all reply in a loud synchronized chorus, “YES, SAR-JUNT!! Then Sergeant Allen would extend his arms straight down by his sides, clench his fists and shout back, “My GRAND-mother can yell louder than that— and she ain’t got but one BALL!”.

We only saw Sergeant Allen when we were in formation.

Back in the barracks and all the rest of the time, we were overseen by Sergeant Maddy, a little short beady-eyed fellow, who, in looking back, bore a strong resemblance in appearance and personality to Charles Manson.

I had always wanted to have friends, and here were a bunch of guys my age— and a few a couple of years older, who, whether they liked it or not– were now stuck with me.

One thought on “Inducted”