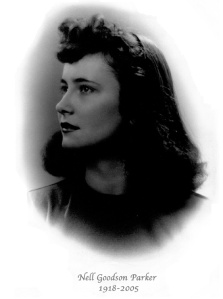 WARNING: This is not a story for the faint of heart. If you are the type of person who doesn’t like to read about blood and guts or other things that might depress or upset you, feel free to stop reading right now and go do something else which might be more to your liking.

Okay, my conscience is clear. You may proceed, or not, at your own risk.

One evening about 7 p.m., a little over ten years ago, my wife and I returned home with our two young children from their music lesson in a nearby town as we had done practically every Monday afternoon for several years. The red light on the answering machine on the windowsill in the kitchen was blinking.

I pressed the button to see who had called.

It was my mother.

My father, to whom she had been married for sixty years, and when asked about it on their anniversary, she had responded by saying that, “it seemed LONGER somehow….”  had died five years earlier. Following his death, she had continued to live independently and on her own in the same house where she had lived since she was eleven years old.

“Ricky, I’m dying…” she told me, as calmly as if she were telling me it was raining.

My mother was also the type of person who was not much given to hyperbole.

“Mother, don’t say that” I responded, quite taken aback by her startling revelation.

“I’m dying….” she repeated calmly and then asked, “Can you come down here?”

She hung up the phone without saying another word. And, as things turned out, those would be the last words she ever said to me.

“Down there” was Savannah, Georgia, approximately 914 miles from New Jersey where I had been living with my wife and two children since having moved out of New York City eight years earlier.

My wife was by now standing by my side in the kitchen, wondering what was happening as I called up the nice lady who lived across the street from my mother, who was not as old as my mother, and whose own husband had died a couple of years earlier and she had kindly taken it upon herself to check on my mother from time to time. She agreed that she would drive my mother to the Emergency Room of the local hospital while I quickly looked into the possibility of catching a flight to Savannah from nearby Newark Airport to be by my mother’s side.

Unfortunately, the last flight to Savannah was leaving in a matter of minutes and so it was decided that the whole family would drive straight down to Savannah the following morning.

About three o’clock in the morning, I got a call from my mother’s doctor.

(This might be a good place to stop reading.)

Her doctor told me that a blood vessel in my mother’s stomach had burst and that her stomach had filled up with blood and that she had “drowned on her own blood.”

My mother had only been assigned to a room with another person a few hours earlier, having spent the previous four hours seated in the waiting room of the hospital with the neighbor across the street while they processed the various people in the emergency room.

I’m sure the last moments of her life and its aftermath were quite distressing and very unpleasant for her, her roommate, the nurses and the hospital staff.

Although I was not there, I suspect my mother, who always had a healthy disdain for doctors, was quite frustrated and unhappy with all the waiting and delays in her treatment and that, in the immediate aftermath of her death, her ghost, if she indeed had one, (and my mother believed in ghosts) probably looked down at the mortified hospital staff going about their grisly business of cleaning up and of attending to her lifeless corpse–would have said something like, “Good enough for ’em.”

I arrived in Savannah a couple of days later.

Being an only child with two deceased parents, I asked a close childhood friend to accompany me to the funeral home to make the arrangements. We were greeted sympathetically in the lobby by a man who introduced himself as ‘Val‘, and invited us into a small office where he asked me a series of questions about my mother as he jotted down my answers on a form. After I gave him her full name and date of birth, he then asked me,

“What was your mother’s occupation?”

For some reason, my mind went blank.

I sat there completely speechless for a moment. I was at a total loss for an answer.

“She was my mother!” I thought, but of course, I knew that wasn’t the answer he was looking for.

After the funeral, I was talking to an old childhood friend. We had drifted apart over the years, but had grown up as boys together and he knew my mother quite well.

I told him about the question the funeral director had asked me.

He thought for a minute and then said, “Bon Vivant”.

One thought on “My Mother Was a Bon Vivant”