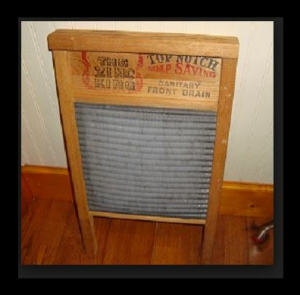 Had it been real, and not merely a training exercise, I would never have known “what hit me”.

I had been the first to give the map coordinates of the “red junk” target, identified by our instructor, which was an old truck body about 1,000 yards distant from our position. This “red junk” target was sitting on a ridge and was plainly visible though binoculars. I called in a “fire mission”, which meant that I had identified a target and given the map coordinates to the fire direction control center. They triangulated it, figured out the powder charge (how many bags of powder to load behind the projectile) and then relayed the “elevation” and “deflection” to the six 155 mm howitzers which had been set up to deliver HE (High Explosive) rounds to the target. The “elevation” is the angle that the barrel of the howitzer makes from the ground and the “deflection” can be thought of simply as how many degrees to aim the barrel to the left or right. I got on the radio.

There was a three second pause and then the FDC echoed it back to me,

I continued with the map coordinates:

While they made the calculations and sent the elevation and deflection settings to the guns, I lifted my field glasses from my chest and tried to hold them at the ready, and tried even harder not to poke my eyes out with them, as my hands, in fact my entire body was writhing uncontrollably from the extreme cold. Or maybe I was just nervous.

In a few seconds, I heard two rounds being fired from the howitzers, which were in place, just as they should have been, far to our rear.

“Splash, over….” Came back the command from the FDC.

That was my signal to bring my field glasses up to just below my eyes because in exactly three seconds the rounds would impact the target. Then I would see the explosion of the rounds and bring my field glasses up to my eyes, enabling me to visually determine if the rounds were in front of the target–behind the target– or off to the left— or to the right side. Then I could adjust the artillery fire until it was directly ON the target– and then presumably “fire for effect”, that being the final command to fire all six guns at once to completely destroy the target. At least that was the way it was supposed to work.

Hmmmm…..It had been more than three seconds, and I still hadn’t seen any explosions. This wasn’t good. I could feel my instructor’s eyes, like two blowtorches, burning a hole through the back of my helmet and I could sense the other candidates losing all respect for me. I jammed my field glasses closer to my eyes, as if that would do anything.

Then from somewhere very far away…… came a faint sound.

It did not sound like two 155 mm howitzer rounds exploding. The only way I can describe it is that it was the kind of sound one might have heard had one been walking past a bowling alley on a hot summer night, just as the manager opened the front door to the bowling alley to let in some fresh air…. and just as someone else inside rolled a strike. And now imagine that same sound if the bowling alley had been several blocks away.

This was not good.

In about eight seconds the voice came back on.

I repeated the words, “Splash, out…” and once again readied my field glasses.

This time I saw smoke. The smoke was followed by two distinct impact explosions, one on top of the other. Lifting my glasses to my eyes, I could see the red junk…I could see the smoke…..but…. the wind was blowing the smoke. Was it in front of the target… or behind the target? Shivering and trying to hold the field glasses steady at the same time made it so hard to tell. And it didn’t help that these last two rounds apparently landed in the deep gulley or ravine that was the “washboard” in front of the red junk.Or was it behind it? It was so hard to tell. So I got back on the radio.

This time there was no response from the FDC.

“DROP THREE HUNDRED!” I said again, as if they hadn’t heard me.

Fortunately, the fire direction control center knew the coordinates of our position and would not fire on us no matter how many times I asked.

I did as I was told even though there was no chair.