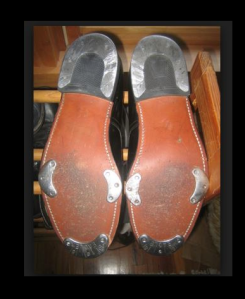 After a month with the Holdover Platoon I finally received my orders. I was to report to the United States Army Field Artillery and Missile Officer Candidate School at Fort Sill, Oklahoma in only five days. I was elated. Finally here was my chance to redeem myself for flunking out of college and the consequent feelings of failure. If all went well, in six short months I would become a second lieutenant, an officer in the United States Army. It turned out to be the longest six months of my young life.

I decided to fly to Oklahoma by way of Savannah, Georgia, stopping there for just a day or two to see my mother, whose birthday was the day before mine at the end of August. The plane from Georgia to Texas was not air conditioned, still I was feeling pretty spiffy in my slightly-wrinkled and mildly-sweat stained khaki dress uniform by the time the plane touched down in Dallas. Changing to a smaller plane for the short flight to Lawton, Oklahoma, I found myself seated next to a lovely young girl who was returning home from visiting her grandparents. We chatted amiably, and I confess that I began thinking I would like to see her again, even though I had no idea when that might be, given the uncertain nature of my current assignment. Her father, a sergeant first class, a high-ranking enlisted man, greeted her warmly at the gate. He looked less happy to see me. She whispered something to him and the next thing I know he reluctantly invited me to catch a ride with them from the airport to the army base in his brand new 1967 gold Oldsmobile Toronado. I was arriving in style.

When he asked, I explained that I was to report to the artillery officer candidate school and he allowed as how he was “pretty sure” he knew where that was. In twenty minutes or so, we arrived in front of a drab yellow wooden building and I thanked them. Then that cute young girl and her Dad drove away in that fancy gold car with my duffel bag and all my worldly belongings, in their trunk and disappeared out of my life, forever, never to be seen again.

Lightened of that burden, I went inside and met with the CQ (charge of quarters). He looked up, seemingly surprised to see me. He stopped reading his magazine, looked over my orders and then took me to draw sheets and blankets. I should have known, since the only two people who were at that place seemed to be the two of us, that it was probably not The United States Army Field Artillery and Missile Officer Candidate School. We both kind of realized I was at the wrong place at the same time, so I gave him back my sheets and blankets.

I have always been the type of person, who, when faced with a strange and unfamiliar situation, assumed that the “other” person knows better than I do. This can often lead to difficulties.

I wasn’t particularly worried about it, because I still was not required to report to OCS for another two days. I always leave room for mistakes. The CQ made a phone call, and in about ten minutes an army jeep arrived and drove me across the post to the United States Army Field Artillery Officer Candidate School. Sitting in the front seat of the army jeep with the air rushing by felt good on that hot August day and I was enjoying having my own driver and feeling somewhat flattered by the special treatment I was getting. I wondered if this was what it would be like all the time after I became an officer. In about eight minutes we were there. There was no doubt about it this time. There was a great big sign. The jeep drove away and I walked under the big arched iron gate with the letters on it and sauntered onto the grounds of OCS. Someone about fifty yards away was walking rapidly toward me. His shoes made a clicking sound, like the sound of a horse’s hooves on a cobblestone street. It got louder and louder. It was another officer candidate, an upperclassman. He did not look happy to see me. This was not the type of welcome I had been expecting. Suddenly the clicking stopped. He was right in my face and speaking to me in a most unpleasant manner. “What are YOU doing walking on my SIDEWALK, candidate??!” I stammered, “Wha–? ….where am I supposed to walk…?”

“You’re NOT supposed to WALK, candidate! You’re supposed to RUN!” And NOT on MY sidewalk!!”

I took off running on the gravel, like I knew where I was going. It felt oddly familiar.

Suddenly, I realized I’d been running all my life.