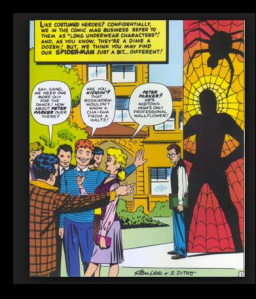 When I was a little boy everyone called me Ricky.

Ricky rhymes with icky, hickey, sicky, sticky, picky and a whole lot of other words that have negative connotations. I never liked the name Ricky.

When I got drafted into the army at 19, suddenly other people were calling me names I disliked even more. After about a year, I became a lieutenant and my commanding officer referred to me as Dick. I didn’t like that name either, but I wasn’t about to correct Captain O’Connell. So I became a Dick. By default.

After moving out of the Bachelor Officer’s Quarters, I rented a room from a nice older couple in town, Joe and Jewel Brooks. They called me Dick. They treated me like a son and cooked breakfast for me and took me to church with them on Sunday. One Sunday in church, I met a cute girl named Dee Deever. She had a cute name, too, so I asked her out. Dee worked as a telephone operator and I picked her up one day after work. She said, “Hi, Dick!!” I was embarrassed. It was like she could read my mind.

When I got out of the army and briefly moved back in with my parents, I didn’t want to be a Dick anymore– or a Ricky again, so I became a Rick. What few friends I had acquired up to that point in life went along with it.

Soon I was an art student and had delusions of grandeur as well as a fair amount of ambition. “Rick” seemed kind of informal. I didn’t know of any “real” artists named “Rick”.So I became a Richard. No one would take an artist named Rick’s work seriously. “Richard” was more formal and dignified. So for a while, although I produced most of what is arguably my best work, until I came to grips with the reality that I could not make a living as “Richard Parker” the fine artist, I was gradually becoming known among my friends and neighbors in New York as “Poor Richard”. To make a living, I went to work in comics. “Richard” seemed like a very pretentious name for a comic book artist.

So I became a Rick again.

On my very first day of work I was sitting in the Marvel Bullpen lettering a Conan the Barbarian story. A few people who were in the office that day realized I was the new guy and one young fellow, Warren Storob, whom I later found out was a serious comics collector, stopped by my drawing table to introduce himself. We chatted amicably for a minute and then he asked me if I was related to Peter Parker.

He just stood there staring at me. He had this look of incredulity on his face. I really didn’t understand what he was talking about, so I asked him to explain himself. He said, in a slow and deliberate voice as if he was talking to a mentally-retarded child: “Spider-Man’s… name… is….. PETER PARKER!”

He just walked away shaking his head and muttered, “You don’t deserve to be working here….”

One thought on “Dicks and Peters”