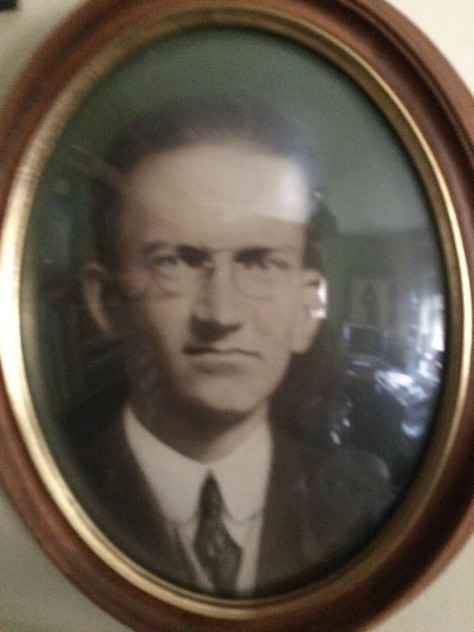 When I was a small boy, we often went to Bonaventure Cemetery in Savannah, Georgia to rake the fallen leaves off my Grandfather’s grave.There was a big white marble monument with the name GOODSON emblazoned across it in big bold letters.

As I got older I longed to know something about my grandfather. What kind of man he was. What his interests were. Nobody ever talked about it. Not my grandmother, with whom we lived. Certainly not my mother, who had been a young child when he died unexpectedly one night.

My Mother, his daughter, and the youngest of four children was reportedly his favorite. Although she never admitted it, my Mother couldn’t talk about it, since she was a 10 year old girl when he died and she never quite got over it.

One day, when I was about 12, I couldn’t stand it any longer. I was now too old to believe my grandfather was a toad and the mystery surrounding him still haunted me.

I called up my mother at work and demanded that she tell me something about my grandfather.

One Sunday afternoon, when my parents were in the cemetery, rakes in hand, drawing pretty parallel lines in the grey sand, to my delight, I discovered a small grey toad was living in a little hollow under the gravestone. Every Sunday we went to the cemetery and every week I looked for that toad. And he was there week after week, in that little burrow under the right rear corner of the white marble monument.

I began to think of that toad as my grandfather.

If all else fails, the mind will answer its own questions.

Later on, when I was a few years older, I realized it was impossible that the toad was my grandfather, and I became even more curious to know something–anything about himm. My mother suggested I call up the place of business where my grandfather had worked (the Union Station Railroad Terminal Building in Savannah, Georgia) and ask to speak to an old man there named Mr. Leopold. He had worked with my grandfather and was nearing retirement.

I got the number and called him up.

He said, “You want me to tell you something about your grandfather ….?” he asked.

“Yes, please…. “ I replied meekly in my little boy voice.

“Mr. Leopold continued,“.Okay…your grandfather was the kind of guy who would pass you in the hallway and not say hello! ”

I slowly hung up the phone without saying goodbye. Then I called my mother back on the telephone and told her what Mr. Leopold had said. I was crying.

She said, “Let ME tell you something….”

“MR. LEOPOLD was the kind of man who would pass you in the hallway and not say hello!!”