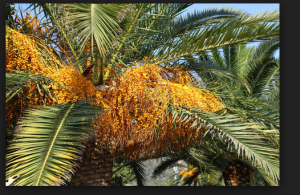 One summer when we were both around nine or ten, my cousin Rusty was spending a couple of weeks with us. He was much stronger and tougher than I was, being of a stockier build and having survived a number of minor drubbings from his much older brother, Robin.

It was a typically hot summer afternoon and after lunch, Rusty and I rode our bikes down the street then turned right at the corner and headed aimlessly toward Solomon Park, a small circular park that neighborhood kids often used as a playground.

Along one side of this park were some bushes that at this time of the year sported garlands of bright orange berries that were ideal for throwing by the handful at other kids. These berries were hard enough to make it to the target, yet soft enough not to do any permanent damage. We both grabbed a handful and continued to reconnoiter the area.

We hadn’t gone too far when we spotted an older kid with red hair and freckles from the next block. I think his name was “Butch” or “Buddy”. I didn’t know him, but I suddenly seemed to recall at that particular moment, that he had been mean to me at some point in the not-too-far-distant past, and, I was feeling quite emboldened by the presence of my cousin from out of town and quickly decided then and there that right now would be the perfect time to avenge whatever slight may or may not have transpired.

Perhaps it was the expression on his white, freckled face– or the vague memory of an unkindness, or perhaps it was the color of his hair or his complexion, but something triggered an aggressive impulse within me to let him have a fistful of berries.

I let fly– and for a brief second, I was an eyewitness to some of the berries hitting him square in the face while others bounced harmlessly off his chest. I’m not sure if Rusty threw berries at him or not.

He immediately started running after us, and naturally, I sped up, rounded the corner and pedaled as hard as I could up 50th Street. I lost track of Rusty and that kid. I think Rusty may have ducked down the lane and headed back toward our house with the kid in pursuit.

At any rate, the kid was not running after me. I ditched my bicycle in some bushes and decided to proceed on foot as a diversionary tactic. After all, the kid who had thrown the berries at him was riding a bicycle. As I did so, I imagined him beating the crap out of Rusty somewhere. I knew I would be next. I hadn’t gone very far on foot when I noticed a large cardboard box in the alley next to The Victory Soda Shoppe– the kind of box that a refrigerator or some other large machine had been shipped in.

I quickly turned it up and over my head.

I was no longer out on the open. I was hiding in a cardboard box! Brilliant! I had a momentary sensation of safety standing there in the darkness out of the hot Georgia sun.

Then I realized I couldn’t see anything except my feet when I raised the box to move. For all I knew, Butch—or whatever his name was– could be standing right next to me.

Meanwhile, as I found out later, Rusty had made it home, stashed his bicycle next to the Magnolia Tree beside the house, run in the front door, and, breathing heavily, was now peering out the window through the venetian blinds.

No red-headed bully– and no cousin.

Then slowly, gradually, almost imperceptibly at first, something across the street, to the left of a pine tree started to move.

It was a large cardboard box.

Then suddenly, out from under the box, sprang a skinny kid in short pants and a T shirt.

I made a mad dash for the front door and found Rusty safe inside. He looked relieved to see me. He was still breathing hard.

We had both survived.

Then, for the first time in my young life, I felt that it was just not me all alone against the world.